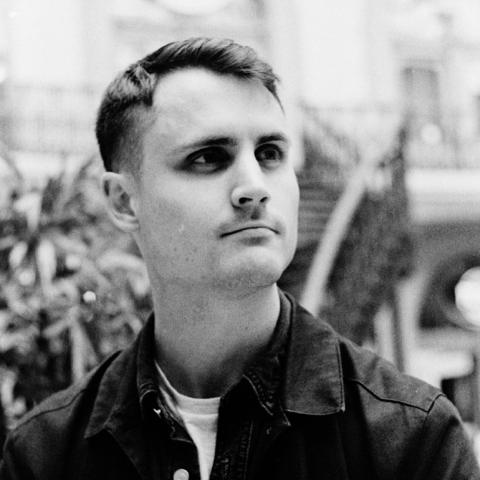 Jacob Thompson-Bell is a composer and creative producer, based in Leeds in the United Kingdom. He frequently works in close collaboration with other musicians and artists, often playing on cross-modalities between music and other media. His output spans concert works, installations, exhibitions and touring productions, making use of graphic scores and non-traditional forms of notation, as well as more conventional compositional approaches.

Education forms a core part of Jacob’s work as a composer. He is the Principal Lecturer for Postgraduate Studies at Leeds College of Music, and has developed education resources with Sound and Music (Minute of Listening), and Britten-Pears Foundation (Young Person’s Guide to the Orchestra iPad app 2013). In 2017, his project Postcards from Eyemouth, in collaboration with drummer Nick Katuszonek, brought together a team of young musicians from Leeds College of Music to develop a performance and exhibition of site-specific graphic scores at Eyemouth Hippodrome (Creative Scotland, Leeds College of Music).

Jacob has also lectured and delivered workshops for students at the Royal Northern College of Music, the University of Oxford, Trinity Laban Conservatoire in London, and Målmo Conservatory of Music in Sweden, as well as talks and masterclasses on graphic scores to groups in primary schools, secondary schools, universities and businesses around the UK and in China.