Open Map
Admission: €70 per day, free of charge for music students in Austria


Join a 2-day workshop with the Principal Conductor of Synchron Stage Vienna, Composer, Orchestrator and Musicproducer Johannes Vogel.
Vogel has worked on big-budget-projects like "HERCULES", "CRIMSON PEAK", "PACIFIC RIM 2", he is also busy in working for TV in several genres.
In this workshop he will take a close look into the various aspects of Mediamusic from analysis over composing/scoring to production.

Workshop on filmscoring with Johannes Vogel
The creation of modern media music and filmscores need as a first step the reflection of  the effects  and esthetical  structures of filmmusic already known. Looking at dramaturgical developments in opera  and theater we can get the feel for audiovisual co-existance in expression and timing.
As a second step it would be necessary  to learn about the musical parameters in media composition, i.e.  musical theme, rhythm and harmonic structure as well as instrumentation, different technics applied in order to create a special sound including electronics.
After  finishing  the score we would have to deal with the technical process of production, which includes  Protools management, studio engineering, orchestration and music prep, as well as conducting an orchestra or choir and musical supervision. 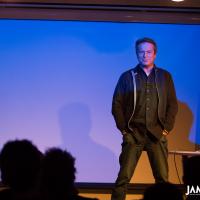 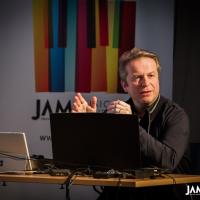 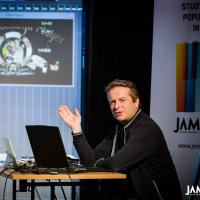 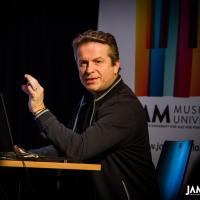 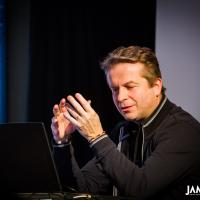 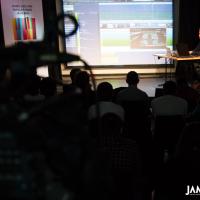