Venezuelan-born Pedro Eustache is an openly creative solo flautist-"World-Music" woodwindsreeds-synthesist-composer, with a unique, richly eclectic, multi-directional personal voice. His musical language is the direct result of years of both solid studies and professional experience in the classical-European, Jazz, World-Music, Popular, and Computer/Electronic music art forms.

With a collection of around 500 instruments from all over the world, many of which uniquely custom designed & built by himself, Pedro Eustache holds a unique position in the international performing & recording studio scene, being first in demand for many solo artists, producers, film-, TV and Video Game Soundtrack composers. 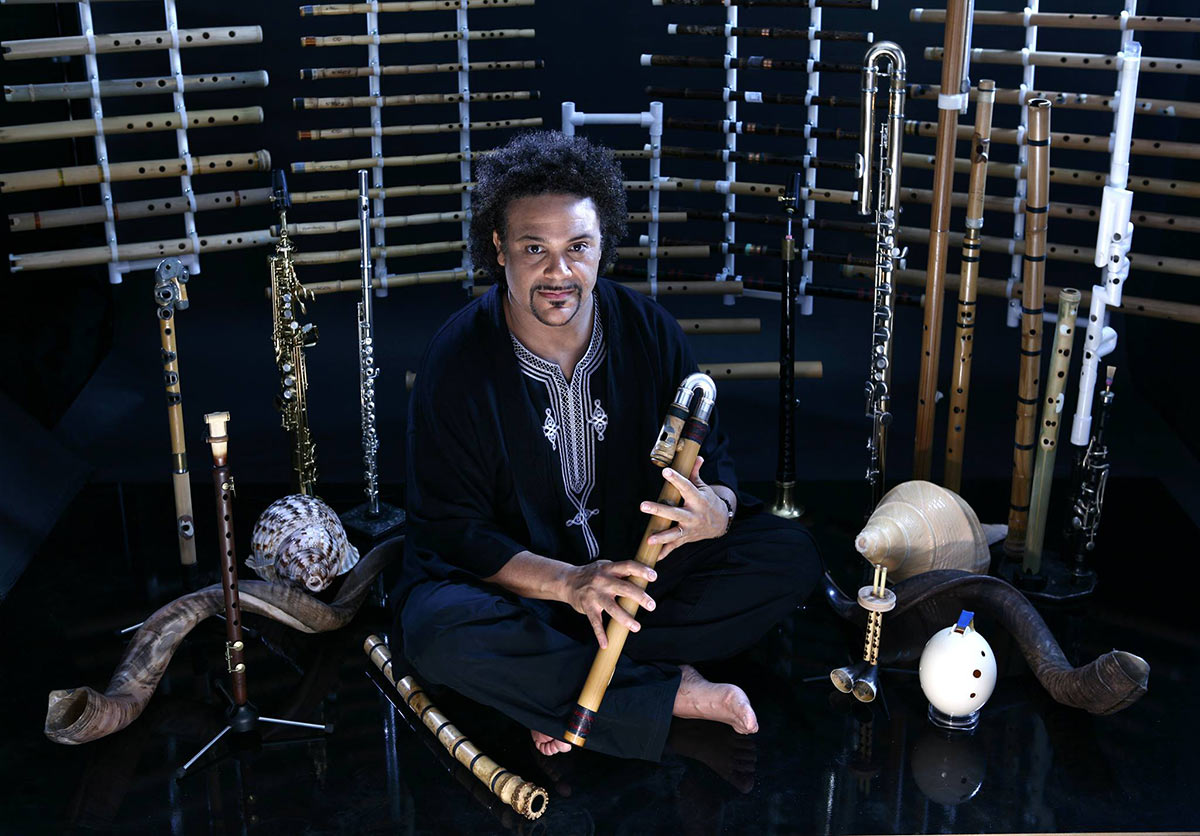 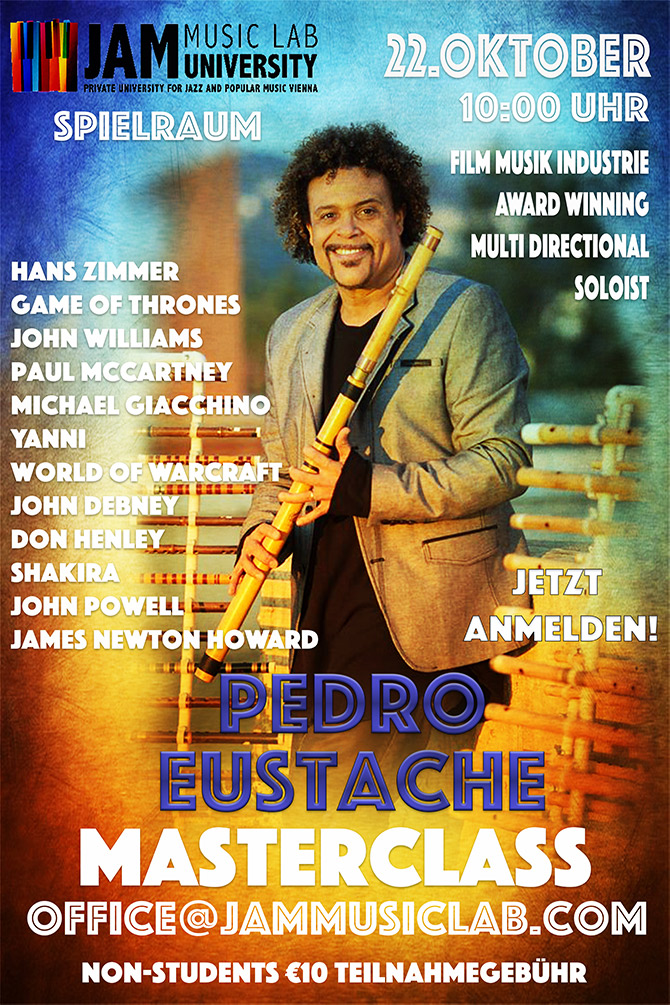