HERCULES - From Pitch to the Final Music, The Development of a Hollywood Score

In these workshops you will be guided through the process of creating a modern Film Score.
Starting with how to pitch for a film-project, over creating the best mock-ups to orchestrating, preparing and executing scoring-sessions successfully.

The creation of modern filmscores need as a first step the reflection of  the effects  and esthetical  structures of filmmusic already known. Looking at dramaturgical developments in opera  and theater we can get the feel for audiovisual co-existance in expression and timing.
As a second step it would be necessary  to learn about the musical parameters in media composition, i.e.  musical theme, rhythm and harmonic structure as well as instrumentation, different technics applied in order to create a special sound including electronics.
After  finishing  the score we would have to deal with the technical process of production, which includes  Protools management, studio engineering, orchestration and music prep, as well as conducting an orchestra or choir and musical supervision. 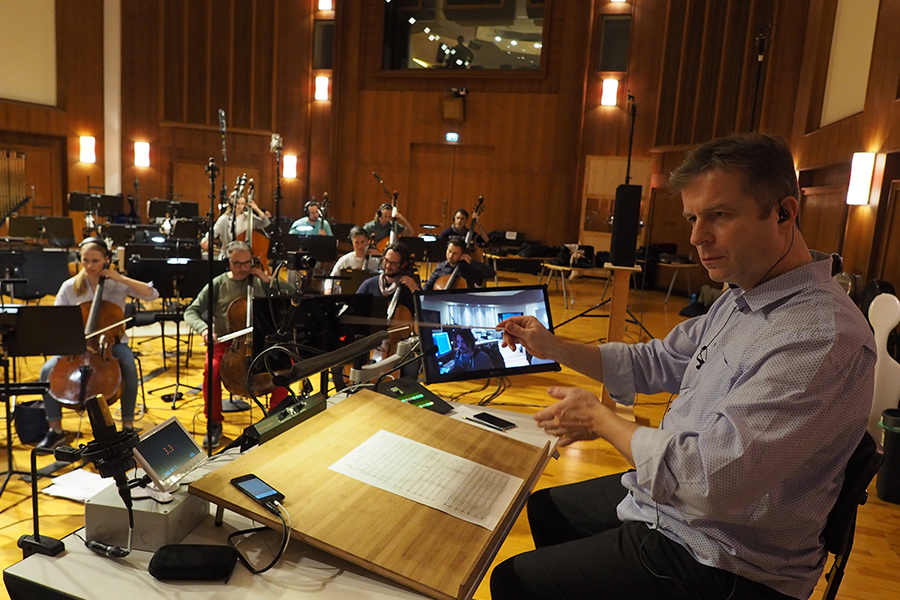