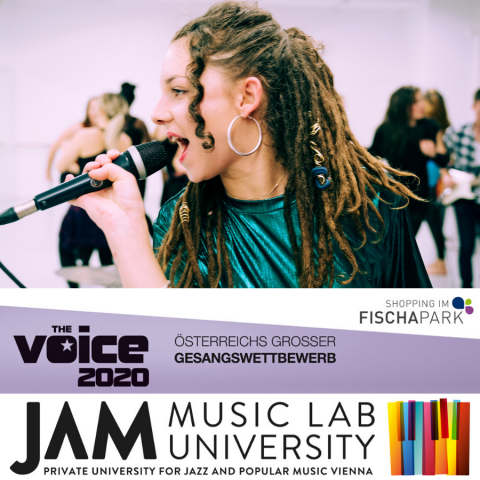 For the 19th time already, Austria's great singing competition THE VOICE will take place live in the Fischapark shopping centre in Wiener Neustadt from 19 September to 17 October.

After a successful qualification, singing talents from the age of 14 may prove their skills in a total of six shows!

The decision will be made by a prominent jury of experts, who will give the participating artists constructive feedback on their stage performances. THE VOICE sees itself as a platform of discovery, promotion and networking for young artists who want to enter the professional music business.

The successful producer Alexander Kahr, whose productions have already been nominated 35 times for the Amadeus Austrian Music Award and several times for the Echo as well as 70 times in the Austria Top 40 and in the German charts, will take the winner under his or her musical wings.

Further information and registration at www.thevoice2020.at.