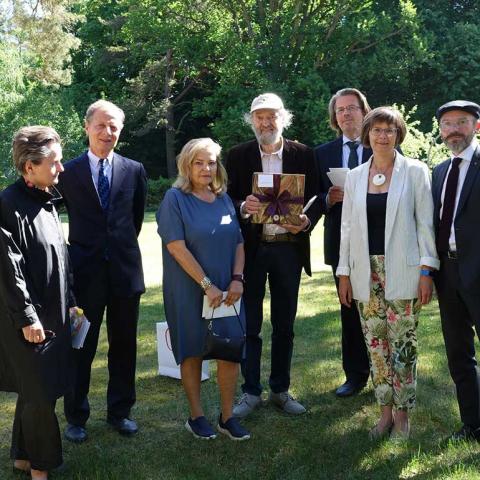 Austrian Federal President Van der Bellen is on an official visit to the Estonian capital Tallinn. Van der Bellen's connection to Estonia is personal, as he himself is the child of Estonian refugees.

“We met Arvo Pärt as an energetic, warmhearted and humorous man of 83 years. Arvo Pärt emigrated with his family to Vienna in 1980, took Austrian citizenship and then relocated to Berlin, Germany. In 2010, Pärt returned to Estonia where he resides now. Pärt has been one of the most performed living composers in contemporary music.
The brand new Arvo Pärt Center in Laulasmaa, 35 kilometers from Tallin, will open its doors in fall 2018.

It´s a magic place surrounded by forest, sea, silence and the unique and bright light of the Estonian sun. Many thanks to the great people at Arvo Pärt Centre, the invitation was a big pleasure and honor for us.” (Marcus Ratka)