The study of jazz and pop - history, development, vibrancy - is richly informed by the oral accounts of players and individuals who “wrote” the story of these musics. Their eye-witness testimony is an invaluable resource for learning.

Michael Brecker might be the most influential saxophonist to emerge in the post-John Coltrane era. He was a model of the cross-pollinating musician, an instrumentalist who borrowed from different styles and genres, then integrated his findings into a singular voice. His process underscored the challenges - and role - of the creative artist.

JAM is honored to dedicate the first episode of this new Oral History series to the life and music of Michael Brecker, as remembered by shapeshifters Randy Brecker, Peter Erskine and Joe Lovano. JAM’s Jeff Levenson moderates. 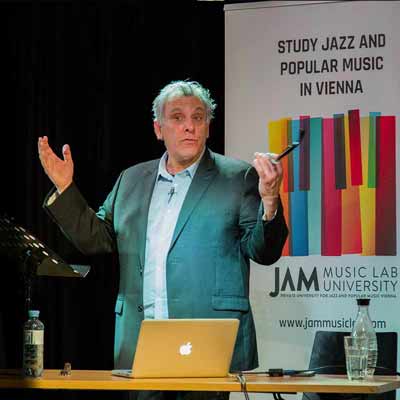