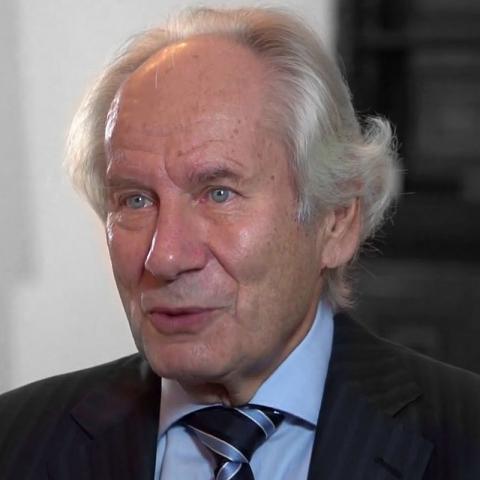 The German TV station Saarländischer Rundfunk (SR Fernsehen) is taking the upcoming 80th birthday of the scientist, entrepreneur and visionary as an opportunity to portray him in a film.

A film about a man who started out as an ambitious professor in Saarbrücken and then proved with the founding of an IT company that it was possible to successfully develop software against all the valid rules of his time, and not just in the USA. That was 40 years ago.

In the meantime, Scheer has created thousands of jobs, built up a global network, sat on the supervisory board of SAP, advised the chancellor and championed Germany as a business location at the association level. He has always remained in Saarland and has demonstrated there what is possible. To this day, Scheer is restless; despite being almost 80 years old, he still manages his companies, supports start-ups and relaxes by playing the saxophone.

The broadcast took place on 14.1.2021, 20:15h on SR Television and is available in the station's media library: https://www.sr.de/sr/fernsehen/sendungen_a_-_z/uebersicht/saarthema/202…

In addition, this year Scheer publishes his autobiographically influenced book  in Springer Verlag under the title:

"TIMING - On the effective use of time".
Experiences and recommendations of August-Wilhelm Scheer
The planned publication date is March 2021.

The companies Scheer Holding and IMC are shareholders of JAM MUSIC LAB GmbH.