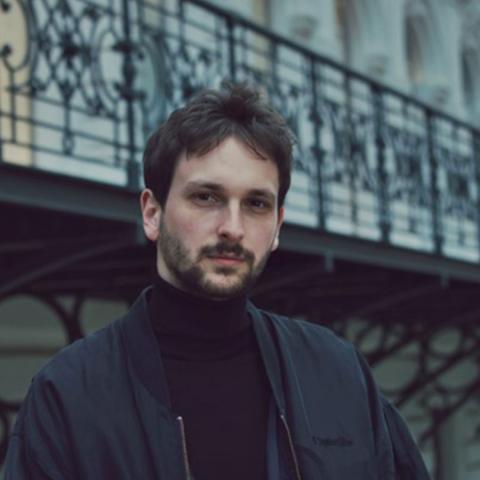 Adam Lukas is a 2x EMMY nominated composer for Film & TV, located in Los Angeles, where he is working at Hans Zimmer’s Bleeding Fingers Music- a next generation composer collective. After receiving his Diploma in Composition in 2012, he found his sincere passion in composing music for motion picture. Recent credits include the BBC One 3-part documentary Primates, NatGeo’s Being The Queen (both awarded a News and Doc EMMY nomination in 2021), Netflix' Roman Empire II and the highly acclaimed Indian war movie URI: The Surgical Strike (2019) which has been awarded the National Award for Best Music. His music has been licensed and screened by many major TV stations such as BBC, National Geographic, FOX Network, ZDF, and ORF.

Roman Kariolou started his career as a violinist, taking his first violin lesson at the age of three and performing his first concert a year later. At the age of five Yehudi Menuhin recognized his talent and invited him to join his class at the Yehudi Menuhin School of Music in London and from then on he continued his violin studies at the College of Music Lϋbeck, University of Music Vienna, Mozarteum Salzburg, University of Music Graz. As a child prodigy Roman has traveled through europe playing concerts in cities like Vienna, Paris, London, Prague, Athens.

Roman’s strong interest and talent in composition led him in 2004 to study at the Film Music Institute Los Angeles.

Shadows from the Past, directed by Hollywood director Robert Dornhelm, The Forbidden Wife, directed by Hansjörg Thurn, Mother Teresa: Saint of Darkness, directed by Magdalena Koller,

Tatort: No Escape, directed by Fabian Eder, Lost and Found and Little Big Voice directed by

Conductor Ernst Theis
Born in Upper Austria, Ernst Theis studied in the University of Music and Performing Arts Vienna. His beginnings as a conductor are with the Österreichische Kammersymphoniker. As their artistic director and managing director from 1991 - 2003, he intensively worked on modern classical music, contemporary music and later also the Viennese classical music. After an engagement in 1996 at the Vienna Volksoper he became Kapellmeister there for almost four years. In the same year he participated in an international conducting competition as part of the Darmstadt International Summer Courses for New Music Darmstadt, which he won as 1st prize under the chairmanship of Peter Eötvös.