„Simplexity“, by Spheres of a Genius winner John Beasley, premiers at Wiener Musikverein 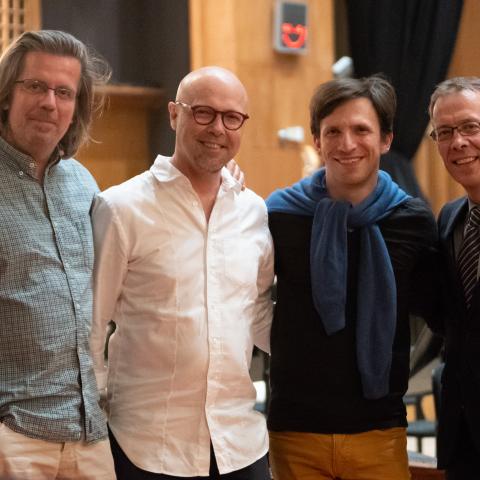 This is the link to the Ö1 audio stream of John Beasley´s piece „Simplexity“, performed by the ORF Radio-Symphony Orchestra Vienna with chief-conductor Cornelius Meister, recorded at the Golden Hall of the Wiener Musikverein on June 7th, 2018.

"Approximately around 2015, the upcoming occasion of the 100th birthday of Thelonious Monk in 2017 started to encouraged me to work on the exciting idea of organizing an international composer’s award for outstanding music creators in Jazz. Now this project has become a reality, and I offer my sincere thanks to all the institutions and people who contributed to the success: JAM MUSIC LAB University, the ORF Radio-Symphony Orchestra Vienna (chief conductor Cornelius Meister and General Manager Christoph Becher), all the artists who applied – more than 100(!) -, the Berndorf Private Foundation (Peter Pichler and Norbert Zimmermann), Bill Dobbins, Heinz Czadek and many others friends, who believed in this idea.“ (Marcus Ratka, rector JAM MUSIC LAB)

The aim of the contest was to create music that will reflect the spirit of Thelonious Monk from a contemporary perspective; to provoke inspiration for further innovation, originality and musical communication in contemporary jazz. The composition should be intended to offer a demanding and an up-to-date podium for the exploration of exciting interrelationships of jazz in its composed, as well as improvised forms. The "Sounds" and "Spheres" in the unmistakable musical innovations of Monk are very much prevalent in the possibilities that composed music offers us, especially when a large orchestral composition calls for the orchestra to interact with jazz idioms and jazz musicians.

ABOUT the Winner, JOHN BEASLEY:
Spheres of a Genius winner John Beasley is a Los Angeles-based multi-layered musician who steeped himself in Monk’s music after first hearing it as a teenager. He has recorded two albums with his MONK’estra, the big band dedicated to his uniquely inventive arrangements of such classic Monk compositions as “Epistrophy,” “Round Midnight,” “Evidence,” and “Pannonica.” These two Mack Avenue Records albums earned a total of four GRAMMY® Award-nominations in 2017 and 2018. The MONK’estra project is only the latest iteration of Beasley’s sprawling career as a pianist and arranger as well as composer – a career that has included playing with such music icons as Miles Davis, Freddie Hubbard, Dianne Reeves, and Steely Dan, along with such contemporary artists as Christian McBride to Teri Lynne Harrington. He has worked on such TV film projects as the soundtracks for James Bond’s Spectre and Skyfall; arrangements for American Idol and The Tonight Show; and acting as musical director for UNESCO and The Thelonious Monk Institute’s annual International Jazz Day concerts, which are broadcast globally.

"To me Beasley’s piece, like Monk’s compositions, opened doors to new avenues of sounds, structures, and ways of creating contemporary music. It also captured Monk’s charming beauty of dissonance and the contradictions in the arts.
Thelonious Monk was one of the most innovative artists in jazz music, whose contribution opened up exciting new avenues for this music. Let´s keep on listening to and working on his music! It never get´s old and it´s always good for a surprise:)“ (Marcus Ratka) 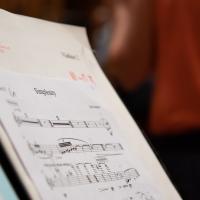 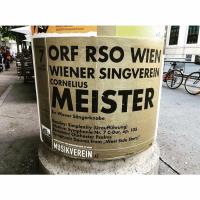 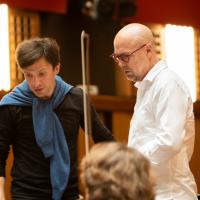 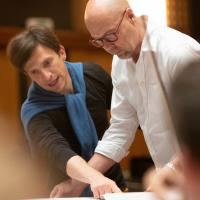 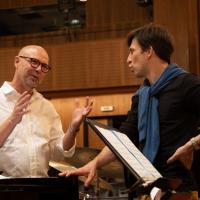 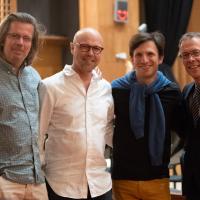